Lee Broom speaks to Dezeen in a live Screentime discussion as part of Virtual Design Festival's collaboration with the British designer. Watch the broadcast live from 2:00pm UK time.

Broom, a British product designer who produces furniture, accessories and lighting under the Lee Broom brand, will speak to Dezeen's founder and editor-in-chief Marcus Fairs about his work and career.

As a teenager, Broom studied at theatre school, but pivoted to fashion at the age of 17, going on to work for fashion designer Vivienne Westwood before studying for a degree in fashion design at Central Saint Martins in London.

Since founding his eponymous studio in 2007, Broom has won a number of awards for his work, including the British Designer of the Year Award and The Queen's Award for Enterprise, and was named among the 500 most newsworthy forces in global design in Dezeen Hot List 2017.

Broom is known for making use of light and reflections in his work, which has been exhibited at design weeks around the world and is sold globally, including at flagship stores in London and New York.

Last year, the designer created a kaleidoscopic light and mirror installation at his London showroom for London Design Festival.

He also opened an exhibition of more than 100 individual lighting pieces in a car park beneath the Space Furniture showroom in Sydney.

His studio celebrated its 10th birthday during 2017's Milan design week, where the designer filled a carousel with products he had created over the past decade.

Broom replicated part of an Italian palazzo inside his studio's delivery van to create a travelling exhibition of his Optical lighting collection at Milan design week's 2016 instalment.

His brand collaborations include a collection of postmodernist-inspired ceramics for British ceramics brand Wedgwood, as well as products and interiors for companies including Christian Louboutin, Mulberry and Bergdorf Goodman.

Virtual Design Festival runs from 15 April to 10 July 2020. It brings the architecture and design world together to celebrate the culture and commerce of our industry, and explore how it can adapt and respond to extraordinary circumstances.

To find out what's coming up at VDF, check out the schedule. For more information or to join the mailing list, email vdf@dezeen.com. 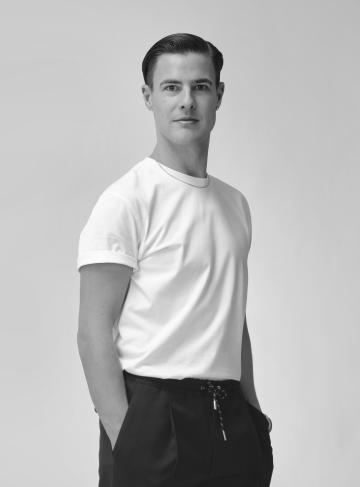