Alfredsdottir, an Icelandic product designer based in London, will speak to Dezeen's founder and editor-in-chief Marcus Fairs about her work.

The designer studied at the Iceland Academy of the Arts in her home country before coming to London, where she completed a masters in Design Products at the Royal College of Art.

Last year, she collaborated with German designer Tino Seubert, with whom she shares a studio in London, to create a collection of modular lights made of plywood and off-the-shelf aluminium tubes. The design of the lighting fixtures is based on the techniques that went into manufacturing many of the best-known examples of mid-century furniture.

Alfredsdottir's stackable Mould side tables, which are made from ceramics using a single mould, were exhibited at last year's edition of London Design Festival.

At the 2016 instalment of the DesignMarch event held in Iceland, Alfredsdottir exhibited a dining set intended to draw attention to the properties of feldspar -- the world's most abundant mineral.

This conversation is sponsored by Philips TV \& Sound and is part of our Screentime series for Virtual Design Festival, which will feature interviews with European designers including Teresa van Dongen and Ini Archibong.

Previous sessions have included Marjan van Aubel from the Netherlands, Shahar Livne from Israel and Adam Nathaniel Furman from the UK.

Virtual Design Festival runs from 15 April to 30 June 2020. It brings the architecture and design world together to celebrate the culture and commerce of our industry, and explore how it can adapt and respond to extraordinary circumstances.

To find out what's coming up at VDF, check out the schedule. For more information or to join the mailing list, email vdf@dezeen.com. 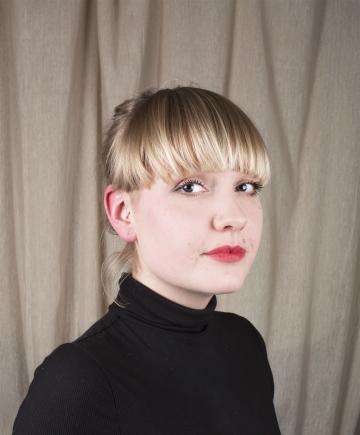