Marvin Malecha has passed away. Image courtesy of NewSchool.

Marvin Malecha, an architect, educator, and author, has passed away at age 70 in San Diego.

News of Malecha's death was shared by NewSchool , where Melcha had been both President and Chief Academic Officer since 2016. A statement from the institution remembers the highly decorated design educator as "a giant in architecture" who "infused the NewSchool culture with his passion for teaching design inquiry, where he inspired students and colleagues alike with his notion, 'It's a golden moment when you begin to see things that don't yet exist.'"

"Marvin is leaving a profound, indelible mark not only in the identity of NewSchool but in all of us who have had the honor of working with him, with his enlightening, gentle and elegant spirit," explained Elena Pacenti, Ph.D., Dean, School of Design at NewSchool in a remembrance shared by the school. Pacenti adds, "As a strong advocate of design, Marvin has given us the strength and the motivation to pursue the creation of innovative and interdisciplinary curricula and projects, and transferred to faculty and students that enthusiasm and pride of being designers, and the confidence that as designers we can contribute to the creation of a better world."

Additionally, Yen Ha, founding principal of Front Studio , New York and former chair and active member of the Board of Directors for NewSchool said, "NewSchool and the design community at large has lost a shining star. Marvin's belief that design can, and should, change the world for better will forever inspire us to forge deeper connections between design and the human experience."

Malecha was a graduate of the University of Minnesota and Harvard University . In 2015, he was bestowed the honorific title of Professor Honoris Causa by Ion Mincu University in Bucharest, Romania.

He held many roles within the American Institute of Architects ( AIA ), including that of President in 2009. He was also a Fellow of the AIA (FAIA). Malecha was also a Distinguished Professor of the Association of Collegiate Schools of Architecture ( ACSA ) and served as the ACSA President between 1989 and 1990.

Among the many awards he received, Malecha was granted the AIA/ACSA Topaz Medallion for excellence in architectural education and the AIA North Carolina F. Carter Williams Gold Medal for Architecture.

Malecha was also a published author with several books covering design, education, and other associated topics in print.

According to The NewSchool, in a 2016 interview, Malecha stated, "I have been fortunate to be positioned as a leader during an incredibly vital period in history. Through these many experiences I have come to consider design thought as the essential foundation of the design disciplines and the essential ingredient of innovation. It is design inquiry that places the design professional in a position that is crucial to the future of our culture."

The school is planning to hold an online memorial for Malecha in the near future. 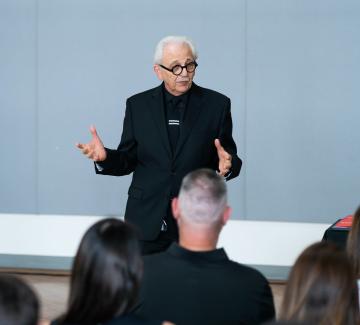