Netflix has made all eight episodes of its documentary series Abstract: The Art of Design, which features set designer Es Devlin, architect Bjarke Ingels and interior designer Ilse Crawford, available to watch for free during coronavirus lockdown.

Streaming company Netflix has made season one of its design series available on Youtube as part of an initiative to make its documentaries free to watch during the coronavirus lockdown.

"For many years, Netflix has allowed teachers to screen documentaries in their classrooms," said Netflix. "However, this isn't possible with schools closed. So at their request, we have made a selection of our documentary features and series available on our Youtube channel."

"We hope this will, in a small way, help teachers around the world," the streaming company continued.

Season one was released in 2017, with season two following in 2019 -- this series is not yet available on Youtube.

Watch all eight episodes below:

The first 45-minute long episode of Abstract: The Art of Design focuses on the career of German illustrator Christoph Niemann.

This episode focuses on Nike shoe designer Tinker Hatfield, who is the designer behind iconic trainers including the Air Jordan and Air Max.

The season's third episode focuses on British set designer Devlin, who has designed stages for artists including Beyoncé, Kanye West and U2.

"Over the last two decades of working, one of the things I've discovered is that often, things are made to fill voids," said Devlin to open the episode. "The impetus to fill that void with art, to me is fundamental."

In his episode, filmed before the opening of his Serpentine Pavilion in London, Danish architect Ingels explains how he is changing people's perception of architecture.

The fourth episode profiles car designer Gilles, who is the global head of design at automotive manufacturer Fiat Chrysler.

"His award-winning designs have steered the brand into the future with a sleek new sports cars and a self-driving electric van," said Netflix.

This episode focuses on how graphic designer Scher, the first female principal at Pentagram, shaped the face of New York.

"Paula Scher paints with words as an American graphic designer, artist, and educator," said Netflix. "For more than three decades she has been at the forefront of graphic design and developed identities for esteemed institutions such as The Public Theater in NY, Jazz at Lincoln Center, Target, Bloomberg, and Microsoft."

British portrait and documentary photographer Planton is the focus of this season's penultimate episode.

"Platon's fearless portraits capture the soul of world leaders and ordinary people," said Netflix. "A shoot with General Colin Powell provides a window into his process."

The season concludes with an episode focused on British designer Crawford.

"Interior designer Ilse Crawford creates spaces and objects that engage the sense and promote well- being, from high-end hotels to IKEA furniture," said Netflix. "As founder of Studioilse, she brings her philosophy to life, along with her multidisciplinary team, by designing furniture and products that support and enhance human behaviour and actions in everyday life." 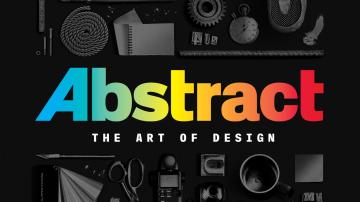