An MIT architecture PhD student, Mohamed Ismail , is one of 30 immigrants and children of immigrants nationally, chosen as this year's recipients of The Paul \& Daisy Soros Fellowships for New Americans's $90,000 fellowship for graduate school students.

The Paul \& Daisy Soros Fellowships for New Americans, is a national merit-based Fellowship that honors the contributions of continuing generations of New Americans in the United States.

As a PhD student in building technology at MIT, Mohamed Ismail is researching the application of structural optimization to the alleviation of housing insecurity in the Global South. Born to Sudanese parents in the United States, Mohamed moved to the Philippines when he was eight. His parents had moved to the United States for an education and his father's career in academia and research later brought them to the Philippines. Mohamed received his bachelor's in civil and structural engineering at Duke University before receiving his Master of Architecture at the University of Virginia, where he received the Design Education Fellowship and Faculty Award for Design Excellence. After graduating, Mohamed became a faculty lecturer at the UVA School of Architecture, teaching parametric structural design and digital workflows to both undergraduate and graduate architecture students.

Chosen from a pool of 2,211 applicants, a record-breaking number, Mohamed and the 29 other 2020 Fellows were selected for their potential to make significant contributions to the United States. They will each receive up to $90,000 in funding over two years to support their graduate studies. The 2020 Paul \& Daisy Soros Fellows are all the children of immigrants, green card holders, naturalized citizens, Deferred Action for Childhood Arrival (DACA) recipients, or visa holders who graduated from both high school and college in the United States. 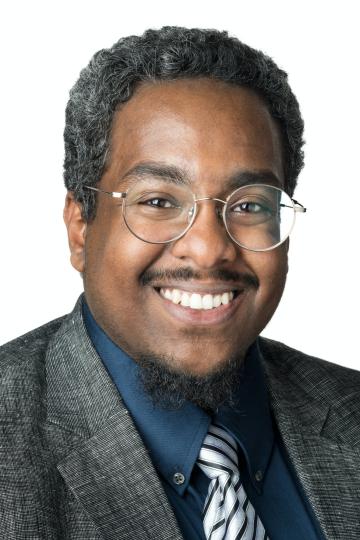