William Menking, educator, architectural historian, curator, and co-founder of The Architect's Newspaper , has passed away at age 73 from cancer.

Menking was born in 1947 on Ramey Air Force Base in Aguadilla, Puerto Rico, and grew up in California's Central Valley. Menking attended the University of California, Berkeley , earning a Bachelor of Arts in architecture and urban studies there. Menking would later earn an M.S. from the Bartlett School of Architecture at University College, London , an M.S. in city and regional planning from Pratt Institute , and a Ph.D. in art history from the City University of New York .

In 2003, Menking and publisher Diana Darling founded The Architect's Newspaper, an architectural news publication inspired by Menking's time working at The Architect's Journal and Building Design while in London. Over 17 years, Menking would lead the newspaper's editorial division as Editor-In-Chief, a position he used to offer critical and hopeful insight into the activities of the building and design industries through hundreds of articles, discussions, and events.

As a trained historian, Menking also taught at Pratt Institute for over 30 years and helmed one of the school's required history survey courses.

From these twin perches, Menking oversaw and participated in a wide network of interconnected institutions, support groups, and like-mined activists that consistently worked to bring a variety of focused social initiatives, publications, and exhibitions into being.

Menking served as commissioner for the U.S. pavilion to the Venice Architecture Biennale in 2008, for example, a crowning achievement that Menking organized with curators Aaron Levy and Andrew Sturm and architects Teddy Cruz and Deborah Gans to bring together 15 practitioners offering radically divergent forms of architectural expression. Included in the exhibition were the Center for Land Use Interpretation, the Center for Urban Pedagogy, the Edible Schoolyard, the Detroit Collaborative Design Center, the Rural Studio, and Rebar, among others. The show helped to herald in and elevate new forms of practice that challenged the growing hegemony of client-based, service-driven design practice.

In 2010, Menking published Architecture on Display: On The History of the Venice Biennale of Architecture , a book co-edited with Aaron Levy. In 2018, as his interests turned toward affordable and social housing, Menking, along with Wolfgang Förster, published The Vienna Model 2, a text focused on the latest housing models taking shape in that European City.

These works followed the 2003 book, Superstudio: Life Without Objects , published in collaboration with Peter Lang. The text, among the first of a nearly two-decade-long international focus on the radical Italian design group, came out of Menking's longstanding interest and admiration for the work of radical architects of the 1970s and 1980s.

Though he grew up in a small rural setting and came from relatively humble beginnings (or maybe, because of it), eventually Menking came to preside over a might social empire that included a constellation of advocacy and cultural groups, especially in New York City, where his TriBeCa loft became not just the launching pad for The Architect's Newspaper , but also a main node in the city's architectural social scene.

An avid sports car collector who moonlighted as a curious and inquisitive soul, Menking was also deeply involved with a variety of design advocacy organizations, both storied and upstart, including the Storefront for Art and Architecture, The Architecture Lobby, and many others.

Menking strove to nurture and connect all those who came into his orbit, whether they be students, young journalists, rising designers, or successful architects, always forging ahead with a razor-sharp moral compass and ever-growing set of references, obscure, well-known, and delightful all the same. He will be missed. 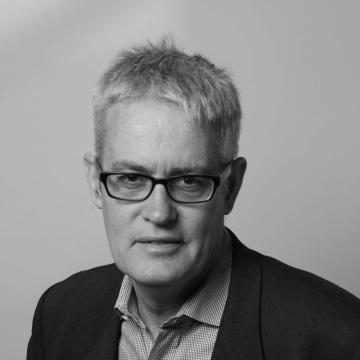