During the global COVID-19 crisis, while most of us are housebound, filmmaker Gary Hustwit is releasing his collection of full-length documentaries online, for free. It appears that they will be released sequentially, starting with his first doc Helvetica, until March 24th, with the rest of his titles following.

" Helvetica " is a feature-length independent film about typography, graphic design and global visual culture. It looks at the proliferation of one typeface as part of a larger conversation about the way type affects our lives.

" Objectified " is a feature-length documentary about our complex relationship with manufactured objects and, by extension, the people who design them.

" Urbanized " is a feature-length documentary about the design of cities, which looks at the issues and strategies behind urban design and features some of the world's foremost architects, planners, policymakers, builders, and thinkers.

" Workplace " was a project for the 2016 Venice Architecture Biennale about the past, present, and future of the office. It looks at the thinking, innovation, and experimentation involved in creating the next evolution of what the office could be.

You can watch the film for free on Oh You Pretty Things , or you an always pay to rent (or buy) the films via the links above, to support a fellow creative. 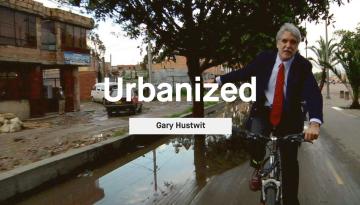