Elon Musk , car manufacturer Vauxhall, Gucci parent company Kering and beer maker BrewDog are among the brands that have offered up money and production lines to create the items needed to treat and contain the coronavirus .

Manufacturers of essential medical devices such as ventilators and antiviral products such as hand sanitser are struggling to keep up with the unprecedented demand, as outbreaks of coronavirus continue around the world.

In response, numerous companies with similar production capabilities and material resources -- including automotive, cosmetics and alcohol manufacturers -- are stepping up to bolster the supply.

"We will make ventilators if there is a shortage," Musk tweeted .

Ventilators are life-saving medical devices that are used to mechanically fill the lungs of patients with oxygen, which can become infected and fill with fluid in severe cases of coronavirus.

In the UK, car manufacturer Vauxhall has said that it can 3D-print ventilator parts in its Ellesmere Port plant, in response to an appeal by prime minister Boris Johnson .

The UK's health secretary Matt Hancock has confirmed that the National Health System's 5,000 adult-sized ventilators would not nearly be enough to meet demand, while the German and Italian governments have placed orders for another 10,000 and 5,000 units respectively .

Other car brands including Rolls-Royce and Jaguar Land Rover , as well as General Motors and Ford in the US, have also said that they are looking into the practicalities of how they could help. Multinational plane manufacturer Airbus is doing the same in its teams across the UK, France, Spain and Germany.

However, experts including Helen Meese, founder of medical technology consultancy The Care Machine , have cautioned that the industry's stringent regulations could stand in the way of production.

She told CNN Business that "being able to turn production lines manufacturing processes over is not something that can be done overnight, it will take many weeks".

As stocks of hand sanitiser and its constituent ingredients are running low across Europe , UK brewery BrewDog , Deeside Distillery , Verdant Spirits and LVMH have all repurposed factories to begin production of the antiviral gel.

Hand sanitisers are effective against viruses provided that they have an alcohol content of at least 60 per cent, meaning they can help to slow the spread of the pandemic alongside regular hand washing.

LVMH, the French conglomerate behind fashion house Louis Vuitton , is retooling three of its cosmetics factories to produce 12 tonnes of sanitising gel, which will be delivered to hospitals in Paris free of charge.

BrewDog is making the product in its distillery, with the aim of providing it to those in need from next week. Deeside Distillery near Aberdeen and Dundee's Verdant Spirits will also begin production in the weeks ahead.

With stocks of medical equipment running low in Italy, Miuccia Prada and Patrizio Bertelli, CEOs of the Prada Group , have contributed six fully equipped intensive care and resuscitation units to hospitals in Milan.

Italy is now the world's worst-affected country, as the death toll has overtaken that of China and hospitals are struggling to accommodate the influx of patients.

Others have opted to donate money instead, with French luxury group Kering donating £1.82 million to health care organisations in the country's worst-affected areas.

After recently resorting to live streaming its Milan Fashion Week show due to coronavirus fears, Giorgio Armani is giving £1.14 million to four hospitals in Rome and Milan. 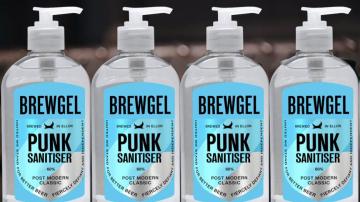