Willis Tower in May 2015. Photo: Mobilus In Mobili/

Willis Tower, which once reigned the skyscraper ranking as the world's tallest building for nearly 25 years under its former name Sears Tower, will likely not be renamed again anytime soon as the naming rights contract with Willis Towers Watson insurance does not expire until March 2025.

Crain's Chicago Business reports that United Airlines, by far the largest tenant in the 110-story tower, could potentially also make advances towards putting its name on its headquarters building after hinting at such aspirations in the past.

"It's unclear whether Aon, which already has its name on one of the city's most recognizable towers---Aon Center in the East Loop---would have the right to unilaterally change the name," Crain's adds. "If Aon can change it, it's conceivable that the city could soon have Aon Center and Aon Tower in a flex of the company's skyline muscle." 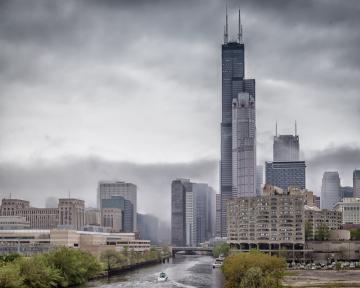