A new INRIX study found that Boston streets are the nation's most congested. Photo: Robbie Shade/

The American average was 99 hours lost per year due to congestion, costing the United States nearly $88 billion in 2019.

Boston also managed to claim a top ten spot on the global list of traffic-choked cities, coming in at number 9, followed by Chicago at 10. Dominating the international field in 2019 were the rapidly growing Latin American cities Bogota, Rio de Janeiro, Mexico City, and São Paulo, with a few European old-school offenders sprinkled in the mix, such as Istanbul, Rome, Paris, and London. 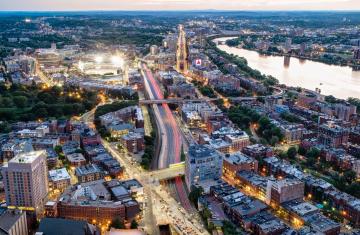