, adding in plenty of storage space while carefully preserving the home's original features.

The two-bedroom Glogauer Apartment is occupied by a young family of four and is situated in the city's Kreuzberg neighbourhood, set inside a landmarked building that dates back to 1903. 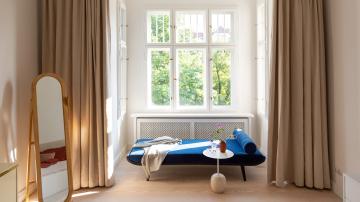