Salone del Mobile to evaluate situation as Milan, Venice and much of northern Italy sealed off due to coronavirus

The midweek meeting, which was scheduled before Italian prime minister Giuseppe Conte signed the emergency decree last night, will examine the impact the ongoing outbreak will have on the fair, which was last month

"I gather there is a meeting scheduled for this week to assess the situation, and that was before the recent news," a designer close to the fair told Dezeen.

Designers in the city reacted with shock this morning to the dramatic escalation in Italy's fight to slow the spread of the virus, which has now killed 197 people in the country with 4,600 people testing positive.

"We can't go in and out apart from important working reasons or family," one designer told Dezeen. "All the activities stopped. Bars and restaurants must close at 6pm and people have to sit one metre apart."

The designer said it was unclear at this stage whether people were allowed to move around within the affected red zones, or whether they had to remain at home. 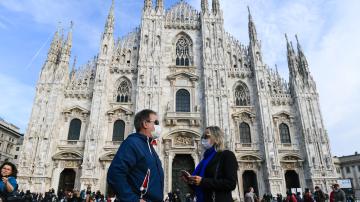